I have been given numerous awards over the last week or so, I would like to thank everyone who has given them to me. I only pass on ones now which are not repeats as I don't want to keep flooding my subscribers with emails and also I keep running out of people to pass awards on to! lol 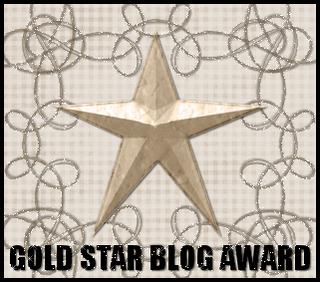 Here are the rules for this award.If you receive this award,you must pass it on to 3 other blogs.If you have already received this award,you don't need to pass it on.You must post on the chosen winners blogs to let them know about the award.
THESE SITES I AM GIVING AN AWARD TO

I would also like to remind you about the comp which ends on the 15Th October. I have had some fantastic entries and have enlisted the help of 2 friends to help me judge it. For full details on the comp and details of prizes go Here